Qualities You Would Expect in A Mould Making Company


The mould maker or rather the company entrusted with the work of making a mould for the product that you are about to manufacture has an important role to play. In fact, the role is quite crucial in ensuring the success of the project. You can attribute the success of the Chinese Mould makers to their acumen as well as a customer-oriented approach that has made them the preferred mould makers in the world.

The Chinese mould making companies like HQmould are known for their customer-oriented services. The moulds that they develop are in total sync with the customer requirements. 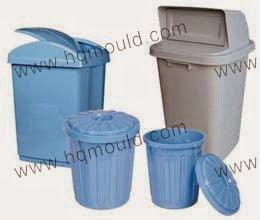 ·         The type of moulds that are to be made as to whether blow moulding, compression moulding, extrusion moulding or injection moulding have to be used is taken by the mould maker entirely based on the requirements of the customer.

·          However, the mould maker should be able to guide the customer as to which method is best and why even if the customer or client specifies a different type of mould.

·           The mould has to be made within the specified time and delivered to the customer as in business time means money and a delay in the mould making process might prevent the customer from using the mould effectively to make a profit.

Last but not least, they should be ready to provide after-sales services if it is required depending on the type of mould.
Posted by Hailuo Jee at 22:37 No comments:


Injection moulding is a technique that is employed to make an array of plastic products of a simple nature as well as those that are complex and require precision. However, it is always great to have a custom mould maker to get the Injection moulding machine done for you. this would ensure that you are getting the right type of mould for producing the product you have in hand. Here the right mould refers to having the mould designed in such a way that it is economical, suitable for the purpose and also durable. 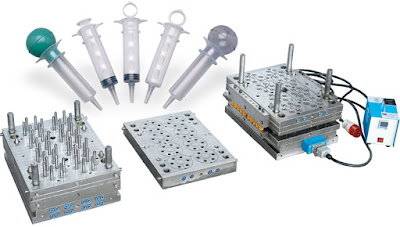 When you approach reputed mould makers like HQmould they not only produce quality moulds but also guide you about the tooling materials that would be appropriate for the moulds based on the final product that is required.

The materials used for making injection moulding machines include hardened steel, beryllium which is hardened copper alloy or aluminum. Each of them comes with their own set of pro’s and cons. For example, the steel is the most suitable material for making injection moulding machines but it is very expensive. You have pre-hardened steel that needs to be heat treated right after machining to make them more heat and wear-resistant to ensure a longer life span. You also have aluminum moulds that are less expensive but might not be as durable as steel. But, they offer quick turnaround the production cycles. When you go in for a custom mould, you would be able to get the mould designed based on the requirements and economically too.
Posted by Hailuo Jee at 01:46 No comments:

A one-Stop-Shop For Your Mould Requirements


The China Mould Manufacturer you approach to make a suitable mould for the product you are about to manufacture would not only provide you with the mould. They infact spend their valuable time and effort in trying to find the right type of mould making process that should be employed to ensure that you get a mold that can be employed to manufacture the goods you wished and in quantities that you wish.Their mastery in the art of mold making is so good that they are the popular mould makers in the world. 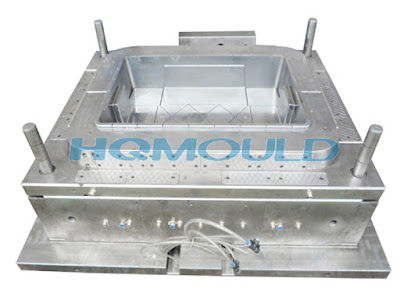 A quality mould maker like HQmould would not just stop with the mould-making process. They would be in association with you all through the trial run to produce the first batch of products. That apart, you can also enjoy on-site service assistance for a specified period if you so desire. This clearly goes on to show their commitment to the task on hand.

This is what you call a full-fledged service!
Posted by Hailuo Jee at 02:47 No comments:


As you know, pallets are flat structures that play a vital role in the transportation of goods. They have indeed made fork lifting front loading and the use of jacking device possible for lifting heavy objects and transferring it onto vehicles for transportation. They are also useful for storing goods in warehouses. Previously, these pallets were made of wood and metal. But, you can now get pallets that are made economically however, depending on the purpose for which they are to be used. You have some reputed mold makers like HQ Mould who not only manufacture pallet molds but also offer guidance regarding the right type of molds required for the type of pallet that is required. 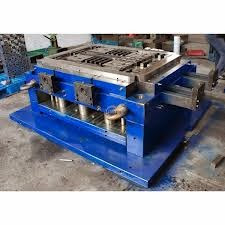 ·         Injection molding Plastic pallets- These types are molds are suitable for large scale production of pallets. It is appropriate in cases where the pallets of the same design are to be produced in large numbers. It again involves two processes which are low-pressure structural foam molding and high pressure injection molding. While the former is used to produce pallets with high strength to weight ratio the latter is meant to produce pallets with intricate details.

·         Compression molding- It is a low-cost low wastage manufacturing process.

Rotational molding-  This process involves the use of plastic powder or granules for the production of pallets.
Posted by Hailuo Jee at 02:12 No comments:


This can easily be characterized as the plastic era. It is possible to replicate anything using plastics if only you have mastered the art of handling plastics, especially those that can be heated and poured into molds to form the desired shape and thereby the desired auto part with all the features that can make it viable for use in the vehicle replacing the metal parts that were previously used. The Auto Parts Mould can be considered as a cheap yet effective alternative for use in automobiles which has reduced the cost of production and at the same time helped in increasing the efficiency of the vehicles. Reputed mold manufacturers in China like HQ mould produce quality molds that are functional as well.

·         They are typically light in weight when compared to metal auto parts
·         The durability level is as good as or even more than the other metal parts.
·         The parts can be made fairly quickly once the mold is designed.
·         It is possible to make even functional  and multi-functional pieces
·         It can produce the best results when it is done with a fair knowledge about the    qualities of plastic and how they behave when subject to heat treatment.

However, choosing the right mold and the right company for mold making would ensure efficiency and cost-effectiveness.
Posted by Hailuo Jee at 01:40 No comments: 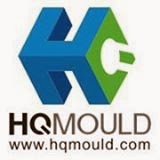